Homophobia is Still Rampant in Many Law Firms

ENDA appears to be going nowhere this year and as a result LGBT employees in a majority of states - including ever backwards Virginia - will continue to have no employment non-discrimination protections. That includes LGBT attorneys and paralegals who either cannot get hired by law firms in the first place or who must live in fear in the professional closet so as to not be fired from their jobs. The other side of the coin, of course, is that of whether or not LGBT clients want to utilize law firms that would not hire them or other members of the LGBT community as an employee.
*
While this post will focus on Virginia, the problem identified occurs all over the country where states do not protect LGBT citizens from employment discrimination. As I have noted before, I was forced from a large law local firm in 2004 because I was gay - true, they tried to dress it up as something else, but one did not need to be a NASA scientist to know what was going on - and I have a good friend who experienced a similar fate when his sexual orientation was discovered at another prominent local law firm.
*
The major disconnect in this wide spread picture is that most prominent law schools require interviewing employers as a condition to recruiting on campus to abide by employment non-discrimination policies that bar discrimination based on sexual orientation. In Virginia, the leading law schools, The University of Virginia School of Law (my alma mater), The College of William & Mary School of Law, The Washington & Lee University School of Law, and The University of Richmond School of Law all have such policies (click on the school to view its respective policy). Research has shown that Virginia’s mega law firms – Williams Mullen, P.C., McGuire Woods, L.L.P., and Hunton & Williams - actually have such policies in place at their firms, as does Leclair Ryan. Yet, the majority of Virginia law firms that conduct on campus interviews do NOT actually have official non-discrimintation policies that comply with the law school mandated non-discrimination policies. In fact, two local law firms - Wolcott Rivers Gates and Willcox & Savage, P.C. - have fired LGBT staff due to their sexual orientation.
*
Of the other locally based law firms, one - Kaufman & Canoles, P.C. - has a nondiscrimination policy that on its face excludes sexual orientation. The rest as well as some in other parts of Virginia have non discernible non-discrimination policy whatsoever: Vandeventer Black, L.L.P., Watt Tieder Hoffar & Fitzgerald LLP, Taylor & Walker, P.C., Christian & Barton, P.C., Hirschler Fleischer, P.C., and Huff, Poole & Mahoney, P.C (Taliban Bob McDonnell's former firm). Obviously, something is seriously wrong with this picture if these firms are allowed to recruit on campus at leading laws apparently giving a wink and a nod to the law schools' non-discrimination policies.
*
LGBT clients need to be aware of more than just a law firm's supposed reputation if they want to be assured that they will receive respectful and knowledgeable representation.
Posted by Michael B. Hamar at 7:24 AM No comments: 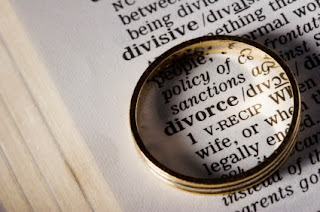 The purpose of this blog is to discuss various legal issues for individuals and business whether they involve real estate matters, business transactions, of new or pending legislation. It will also provide a platform for making educational information available on assorted legal issues. Questions and/or suggested topics can be submitted to mike@hamarlaw.com